When Jonathan Harker visits Transylvania to help Count Dracula with the purchase of a London house, he makes horrifying discoveries about his client and his castle. Soon afterwards, a number of disturbing incidents unfold in England: an unmanned ship is wrecked at Whitby; strange puncture marks appear on a young woman’s neck; and the inmate of a lunatic asylum raves about the imminent arrival of his ‘Master’. In the ensuing battle of wits between the sinister Count Dracula and a determined group of adversaries, Bram Stoker created a masterpiece of the horror genre, probing deeply into questions of human identity and sanity, and illuminating dark corners of Victorian sexuality and desire. ABOUT THE AUTHOR: Bram Stoker was born in 1847 in Dublin. He was very ill as a child and couldn't even walk, so he had to stay in bed all day. Rumour says that his mother told him Celtic myths and legends. Later, these inspired him in his work. When he recovered and finished studies, he became interested in theatre and worked as a journalist. He married Florence Balcombe, who was originally to marry Oscar Wilde; Wilde got upset and left Ireland after this affair. Stoker had only one son with her.
Bram Stoker died in 1912, probably due to overwork. He is the author of several stories and novels; the most successful of them is Dracula. PLOT: The whole novel consists of diaries of different people, telegrams and newspaper articles. At the beginning, we meet a young man, Jonathan Harker, who is on a business trip to Transylvania, at Count Dracula's house. The Count's behavior is quite odd, he appears only at night, can't be seen at the mirror, he is very pale and won't let Jonathan leave. Jonathan is scared because it seems that Dracula is planning to kill him. At this point, we move to London, where Jonathan's fiancée Mina is with her friend Lucy. Lucy has two little punctures on her throat and she is very ill. She is treated by Dr. John Seward, but he is a psychiatrist and can't identify the cause of her disease. He writes to his old friend, Dr. Van Helsing (from Amsterdam), to help him. Van Helsing arrives, but although both doctors try everything, even a blood transfusion, Lucy dies. Meanwhile, Jonathan manages to escape from Dracula's castle, but he is very ill and frightened. He marries Mina and slowly recovers. Then, the couple meets again Dr. Seward and Dr. Van Helsing (as well as Lucy's fiancé Arthur and his friend Quincy). The reason of this meeting is the explanation of Lucy's death, because this remained a mystery to all of them. Dr. Van Helsing has done some research and found out that Lucy was bit by a vampire, Count Dracula, and therefore became a vampire, too. It is hard to believe, but all the facts are corresponding and everyone believes him. The group of friends agrees that they must kill both of them - Lucy and Dracula. They stake Lucy's heart and cut off her head so that she can't wake up anymore. Dracula is more difficult to deal with, he even bites Mina and she almost turns to a vampire. After many other dangerous acts, they manage to kill him and three other vampires. Mina is saved, but Quincy dies. At the end, Jonathan and Mina have a baby named Quincy after their friend. 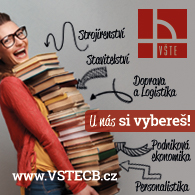