I was born an idiot - but I'm cleverer than people think. I can think things OK, but when I have to say them or write them down, sometimes they come out all wrong. When I was born, my Mom named me Forrest. My daddy died just after I was born. He worked on the ships. One day a big box of bananas fell down on my daddy and killed him.
I don't like bananas much. Only banana cake. I like that all right.
At first when I was growing up, I played with everybody. But then some boys hit me, and my Mom didn't want me to play with them again. I tried to play with girls, but they all ran away from me.
I went to an ordinary school for a year. Then the children started laughing and running away from me. But one girl, Jenny Curran, didn't run away, and sometimes she walked home with me. She was nice.
Then they put me into another kind of school, and there were some strange boys there. Some couldn't eat or go to the toilet without help. I stayed in that school for five or six years. But when I was thirteen, I grew six inches in six months! And by the time I was sixteen, I was bigger and heavier than all the other boys in the school.
One day I was walking home, and a car stopped next to me. The driver asked me my name, and I told him. 'What school do you go to?' he asked.
I told him about the idiot school.
'Do you ever play football?' he asked.
'No,' I told him. 'I see other people playing, but I don't play and they never ask me to play with them.'
'OK,' the man said.
Three days later, the man in the car came and got me out of school. Mom was there, and they got all the things out of my desk and put them in a brown paper bag. Then they told me to say goodbye to the teacher.
The man in the car took me and Mom to the new high school. There, an old man with grey hair asked me lots of questions. But I knew that they really wanted me to play football. The man in the car was a football coach called Fellers. Coach Fellers asked me to put on a football suit, then asked me to undress and dress again, twenty times, until I could do it easily.
I began to play football with the high school team, and Coach Fellers helped me. And I went to lessons in the school. One teacher, Miss Henderson, was really nice. She taught me to read. And who do you think I saw in the school cafe? Jenny Curran! She was all grown-up now, with pretty black hair, long legs, and a beautiful face. I went and sat with her, and she remembered me!
But there was a boy in the cafe who started calling me names, and saying things like, 'How's Stupid?'. Then he threw some milk at me, and I jumped out of my chair and ran away. A day or two later, after school in the afternoon, he and his friends came up to me and started pushing and hitting me. Then they ran after me across the football field. I ran away fast!
I saw that Coach Fellers was watching me. He had a strange look on his face, and he came and told me to put on my football suit. That afternoon, he gave me the ball to run with. The others started running after me, and I ran as fast as I could. When they caught me, it needed eight of them to pull me down! Coach Fellers was really happy! He started jumping up and down and laughing. And after that, everybody liked me.
We had our first game, and I was frightened. But they gave me the ball, and I ran over the goal line two or three times. People were really kind to me after that!
Then something happened which was not so good.
'I want to take Jenny Curran to the cinema,' I told Mom one day.
So she phoned Jenny's Mom and explained. Next evening, Jenny arrived at our house, wearing a white dress, and with a pink flower in her hair. She was the prettiest thing that I ever saw.
The cinema was not far from our house. Jenny got the tickets, and we went inside. The film was about a man and a woman, Bonnie and Clyde, and there was a lot of shooting and killing. Well, I laughed a lot. But when I did this, people looked at me, and Jenny got down lower and lower in her place. Once I thought she was on the floor, and I put my hand on her shoulder to pull her up. But I pulled her dress, and it came open, and she screamed.
I tried to put my hands in front of her, because there were people looking at us. Then two men came and took me to an office. A few minutes later, four policemen arrived, and took me to the police station!
Mom came to the police station. She was crying, and I knew that I was in trouble again. And I was in trouble, but I was lucky. Next day, a letter arrived from a university. It was good news: if I played in their football team, there was a place for me in school there.
And the police said, 'That's OK with us. Just get out of town!'
So the next morning, Mom put some things into a suitcase for me, and put me on a bus. She was crying again. But they started the bus, and away I went. 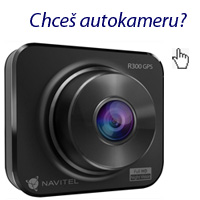 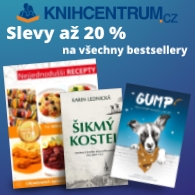